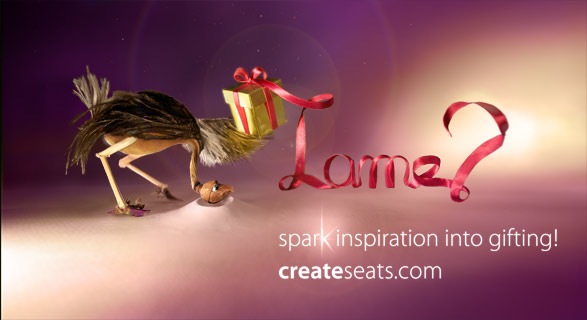 since there’s that perfectly intriguing blog post entitled: “the one with the personal secret behind the createseats initiative.” why not complete the story with the making-of, by .:there for design…

the making of the visual that became the heart of the createseats initiative.
and specifically the birth of “lamiss” (that ashamed ostrich in the visual).

for those of you who aren’t aware of the createseats initiative. here’s the bottom line. visit createseats.com and/or that other blog post, then come back here and continue reading…

and this is how it all started (of course after it all really started in that other blog post). i’ll explain with a question: “why does an ostrich put its head in the ground?”

most people would say:

that’s absolutely not true. an ostrich doesn’t put its head in the ground. but when she sleeps, her neck relaxes, and she lays her head on the ground. this gives the the impression that the head is in the ground.

but it doesn’t matter. since most people perceive it as shame or fear, that’s good enough. and that’s why “lamiss” is a perfect representation of  the feeling people get when they give those lame, passe-par-tout gifts. the feeling the createseats initiative is trying to replace with the feeling of appreciation and gratitude. the initiative that empowers you to spark inspiration into gifting, and kiss lame gifts goodbye!

here’s action. the first sketch by hanane kai. the one we pitched the concept with. we could’ve just used this one. what do you think? 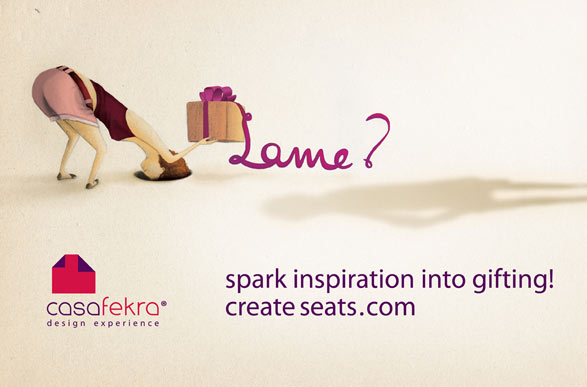 the second sketch illustration by david habchy. great illustration which helped us push the concept even further. it helped us figure out the key points we needed to keep in mind. these points are: the visual is going to be dissipated mostly via internet. so it’s going to be viewed in a small scale most of the time. this means that the major elements need to be bigger. like the head & hole, the wings, the gift.

and david got too busy with projects and the 2 books he’s working on. one of them is “7altabiss 7altabiss” by rania zaghir and himself. to be launched in biel during the book fair on the 14th of december 2009 from 6-8 pm. here the link to the invitation of the book: 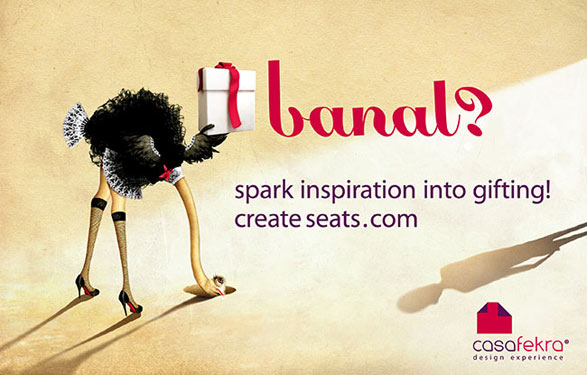 so hanane and i went on to create the visual below. and the rest of the post is the how. how we created “lamiss” the ostrich, the set, the photography session, and the retouching.

william in the midst of the creation mess. 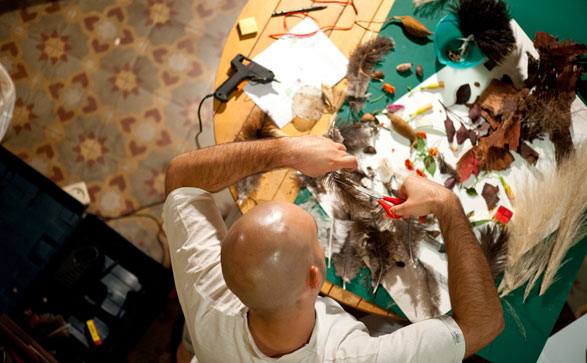 the feathers, the dried fruits, the tree leaves, the flowers, and everything that came to be “lamiss”. 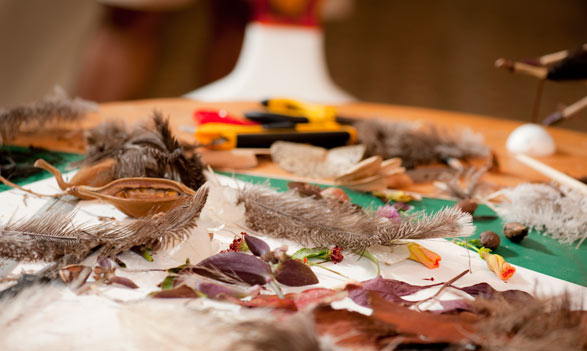 the weird dried fruit that made the body of “lamiss”. just one piece, comes with a neck too. 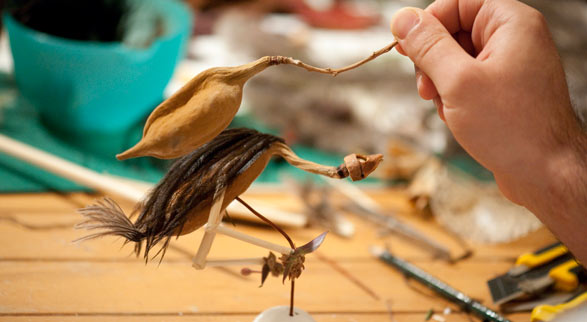 hanane & william in the heart of creation. supported by orange-orange PUNK & white-orange PUNK, with red-orange PUNK watching from the sidelines. 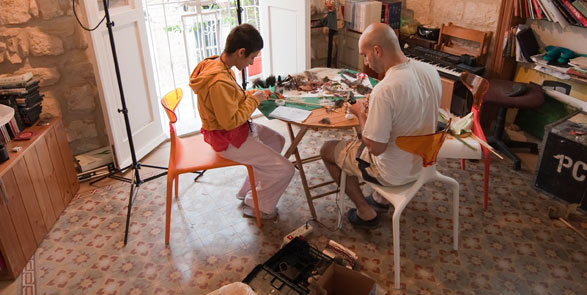 a bunch of red, orange, and white PUNKS watching over the creation set, as we get some rest. all with an orange hair style. 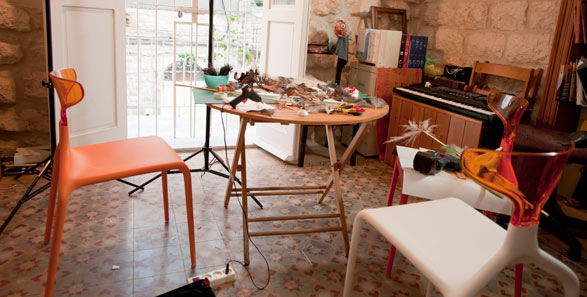 william puzzled about how to make a mini feather (the so called wing) carry the gift. a thousand times heavier than the feather carrying it?! 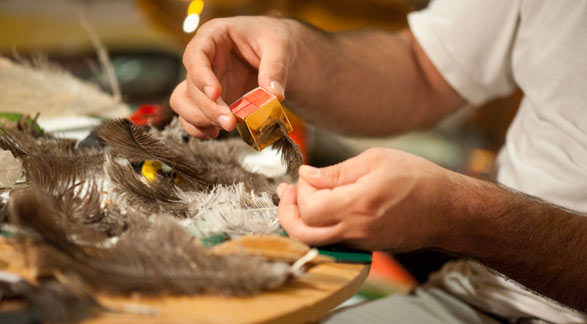 below: the infamous gift. that same lame one, by that same ashamed ostrich! yup “lamiss!” 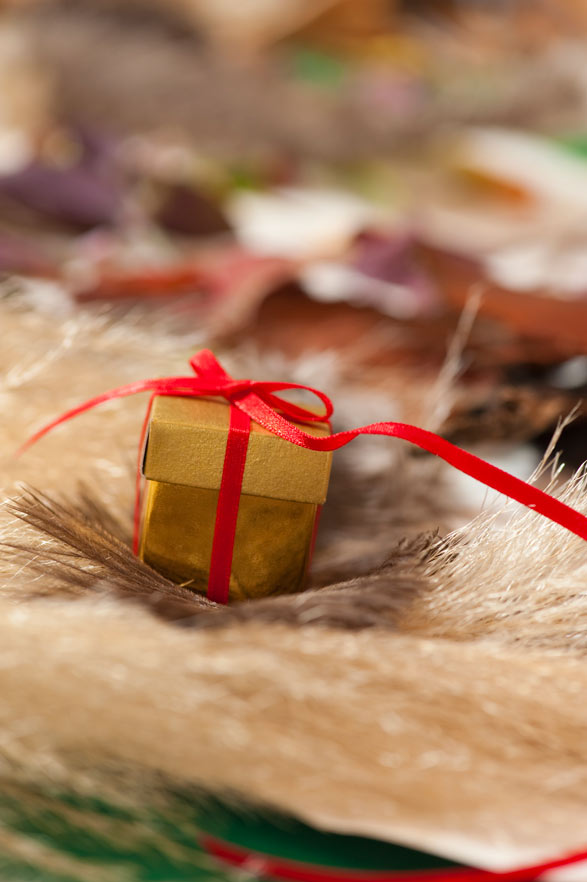 william trying out the heels (violet leaves actually) on “lamiss”. it’s a perfect fit for such a small foot size. 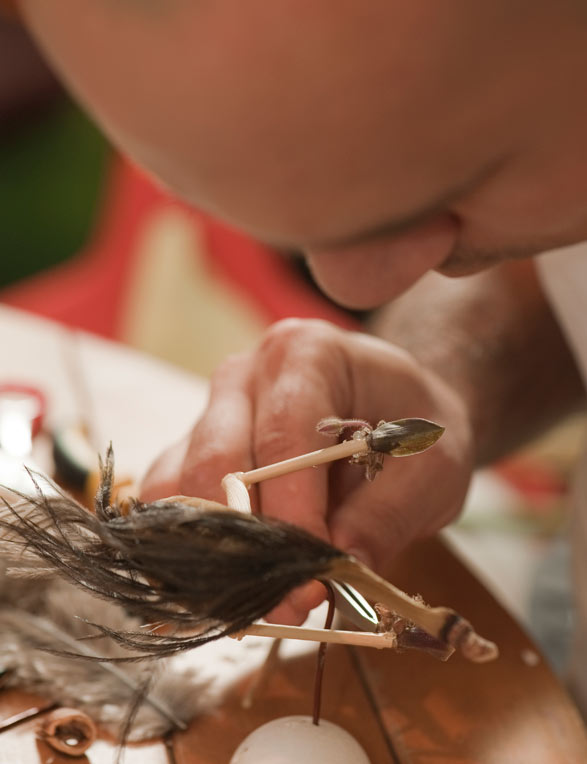 the almost complete “lamiss”. without wings yet; looks like a starving corpse. but hanane and william had high hopes for her. with healthy vegan food, and a touch of makeup, everything is possible. 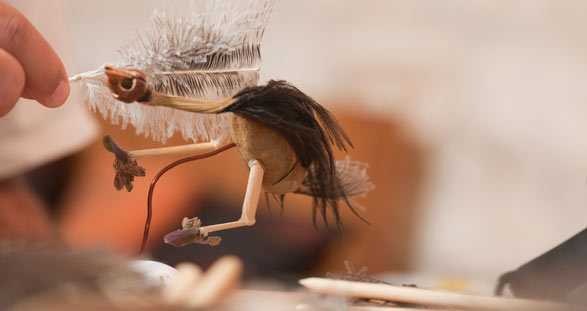 the head. carved from some kind of nut found in the mini public garden facing the jounieh municipality, next to our studio. later filled with hot glue to make the eyes bulge out. the iris is later digitally colored in black. 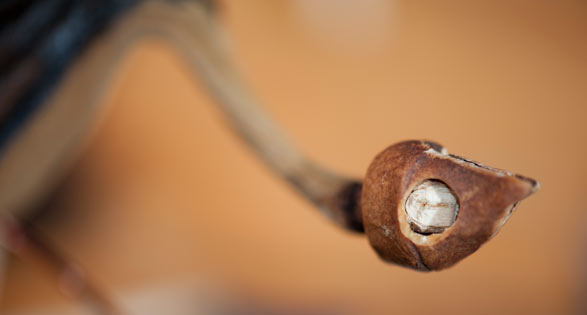 lights and flashes in place. and if you notice the wooden columns with the metal structure. this structure holds “lamiss” in place. you didn’t expect her to stand all by herself did you?

close-up of “lamiss”. in an effort to give her a little volume, some additional feathers where being tested on the body.
the hole was made out of modeling clay, smoothed out on the white background. you can notice also that the eyes are just white hot-glue. no black yet, and still creepy. the wing turned out to be pretty good. 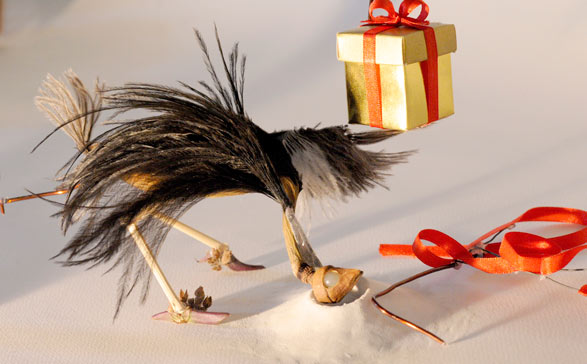 structure supreme. everything that holds everything together. “lamiss”, the lame gift, and the “lame” word, all supported by steel structures. later to be meticulously removed in photoshop. the golden color on the ground was achieved by using a golden reflector on top of the set. it gave some warmth and brought out the color of the gift. a flash from the side, provided backlight for lamiss and its tail, to help it stand out from the background.
. 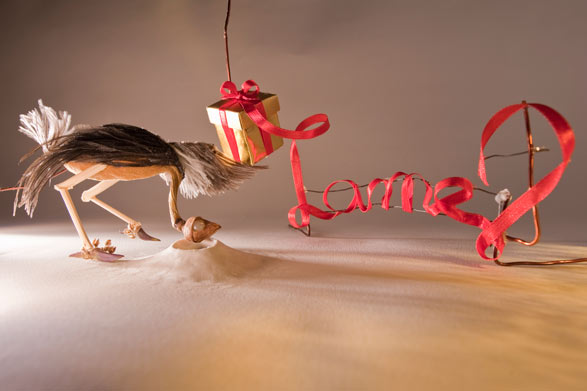 .
let’s play “find the difference”: before (above) vs. after (below)
here’s the final visual. the “lame” word was morphed mainly using the liquify tool. a second source of light coming from the background was added. cloud effects, and shining stars in the distance give the feeling of depth. and a spark on the word spar’K’ gives the impression of inspiration. at least that’s the intention. the violet and red colors are those of the casafekra brand. the mother of createseats. and the one that made all this possible.
.

.
now we hate keeping secrets. and we want to tell you all the details about every step of the process. so help us, help you. it’s impossible to just write everything down. we have the answers. we just need the questions.
.
and if you haven’t visited createseats.com or the blog article about how it all started. you can do that now. they’re both our work.
.
one last thing. don’t hesitate to share this with your friends, if you find it interesting. we’re ready to answer all their questions about the process.
.
much love,
william.