THE KORDZ just launched their new album ‘Beauty & the East’ and their new brand image; all designed by yours truly 🙂 . Here you’ll see the process, the end result, the new album, and lots of photos. (no more videos)*

What we did not do:

The brief for the logo was simple, but sophisticated. The logo had to reflect an alternative rock band (hint of oriental). As with all our projects we try to involve the client throughout the whole process, and as much as possible their audience, friends, other designers, and random people. We use Basecamp to collaborate together.

Below are the very first sketches while trying with the members of THE KORDZ to determine a direction for the logo. Everyone saw potential in the options on the lower-left, and the top logo on the upper-right. The khaki logo (3rd one, upper-right) came later-on and was done by our lovely friend Kristyan Sarkis.

Then comes a loonng process were we ended up with a logo that got lots of positive feedback, you can spot the ‘z’ in arabic. Unfortunately the general shape was very triangular, and could not be easily used in albums, stationary, T-shirts, mugs, drums, etc. It would best fit on the lower left of layouts, which was inflexible and cumbersome.

Next we tried  to solve the triangular issue, and gave the logo (symbol) lots of thought.

Only to find that there’s a lot of oriental feel in it, but not enough rock 🙂 The logo also wasn’t integrating well enough into the logotype, it should’ve been taken into considered at an earlier stage. So we fumbled with the option below in parallel…

…until we settled with an uppercase type (Futura) that actually stood it’s grounds, was simple, flexible, and easily applicable to different branding uses. The challenge was to find that cunning twist which would give it an oriental feel, without appearing forced. You can notice the ‘K’ in both arabic & latin, and the subtle ‘z’ in arabic at the end.

We finally discovered that twist. The link between the ‘K’ and the ‘E’ joined both words, formed the arabic ‘K’, and at the same time created the logo (embedded within the logotype). Nice 🙂

Some final touches did the job, the ‘R’ & ‘D’ were modified slightly to make a more consistent interaction between the letters, and the ‘Z’ was completely reconstructed. Kristyan fine tuned the ‘point’ we used for the ‘E’, ‘O’ and ‘Z’, and voila!

THE KORDZ loved it, and so did everyone collaborating on this project :).
They loved the interaction and complete synergy between logo & logotype, the flexibility in their uses, and it’s striking presence. The logo can be used in either one of the 3 variations above (each one was crafted individually to compensate for the differences in perception between black/white backdrop & stroke weight).

Next are some logo/logotype applications. T-shirts were printed for the launching event at Nova.

Here are some photographs of the New Album we designed for them ‘Beauty & the East’ (available now in Virgin and major music stores). Sorry can’t really show you the inside spreads, you’d have to see it live! 🙂 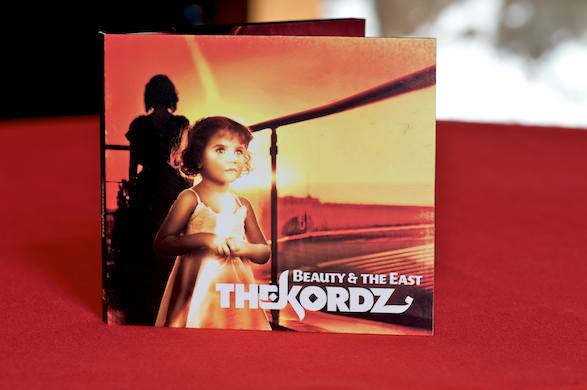 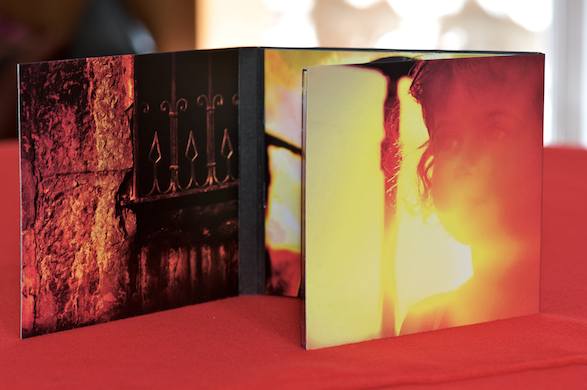 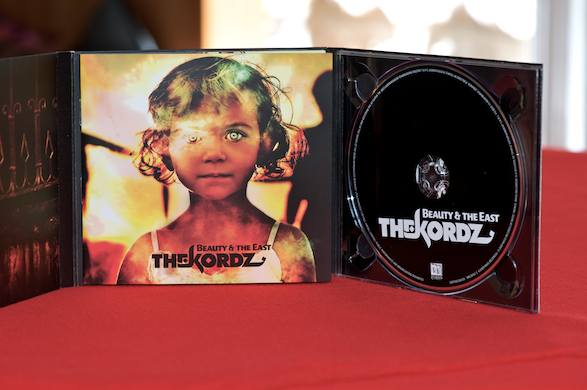 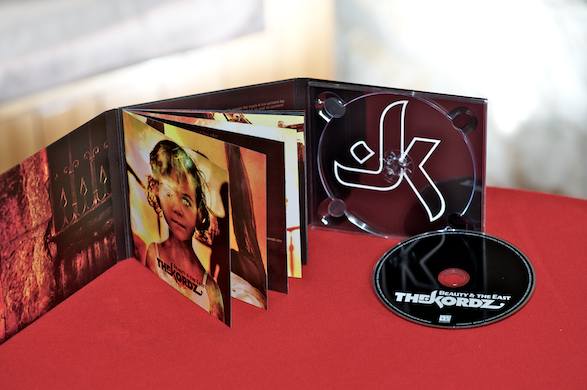 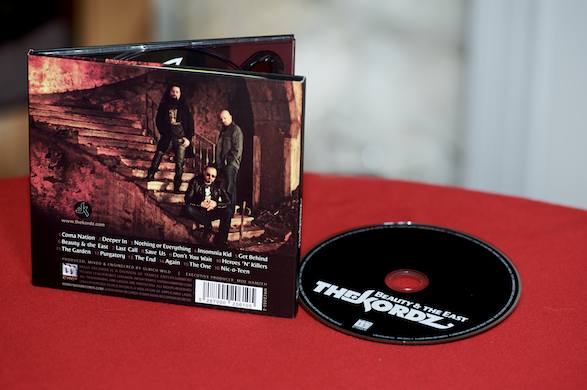 Some photos from the launching event for the new album ‘Beauty & the Beast’ and the application of THE KORDZ brand image in Nova. 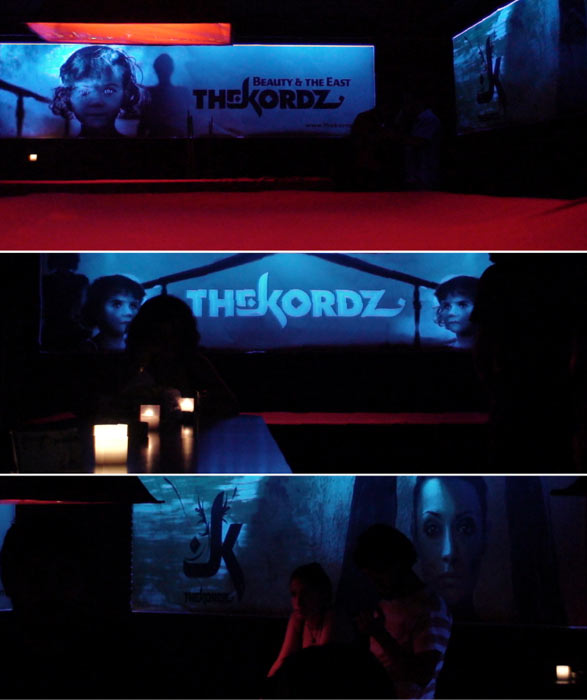 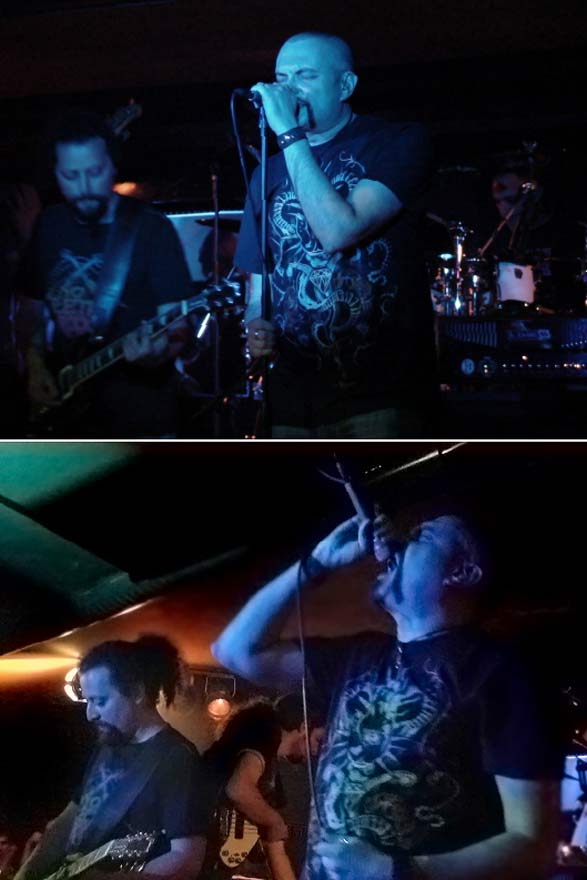 *(sorry, the sound quality of the video recording was really bad, so THE KORDZ asked us if we could remove them, and we did )

update: THE KORDZ are on their 1st Euro tour! check them out on facebook!

Tell us what you think by commenting below, what do you like and what you don’t, we’re always on a quest to move forward, and the lightest feedback helps.